The Arab Spring: Democracy, Globalization, and US International Relations

This module was made possible through the generosity of the  Qatar Foundation International. 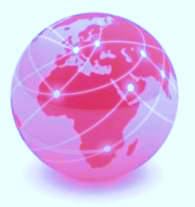 During 2010 and 2011 a series of uprisings across the Middle East were collectively referred to as the “Arab Spring.” The events both individually and collectively drew comparisons to previous events in world history. References to the American, French, and Haitian revolutions, as well as the 1848 Revolutions, Prague Spring, Iranian Revolution and series of anti-Soviet revolts in the late 1980’s all sought to provide context and clarity to what was happening.

But the Arab Spring was different from those precedents  rendering each comparison inadequate as historical isomorphs.  First, the Arab Spring didn’t happen solely within the Western tradition nor in a single nation.  Second, the Arab Spring was a 21st Century phenomenon happening during an unprecedented  level of inter-connectedness fueled by contemporary globalization. Lastly, the United States in 2010-2011, unlike previous eras, was a geo-politcal hegemon.

In his work America’s War for the Greater Middle East, scholar Andrew Bacevich argues that the Arab Spring was disruptive to U.S. foreign policy in the Middle East. “the longstanding U.S. practice of paying lip service to democracy while accommodating autocratic monarchs and presidents-for-life appeared increasingly untenable. The costs associated with hypocrisy were rising.” The resources in this module help students and teachers make meaning of the complexity regarding the U.S’s relationship to the Arab Spring. Furthermore, the Arab Spring itself takes center stage allowing students to flesh out the nexus of themes of this module – Globalization, Democracy, and International Relations.

1- To what extent should nations support revolutions motivated by or for democratic principles?

2- In what ways has globalization (economic, cultural, or political) impacted how revolutions/change occurs?

3- How long should it take for a nation to establish a democracy and what factors impact that length?

4- To what extent should the process and systems of globalization promote these topics:  democracy, human rights, and capitalism?

*This activity was developed by teacher contributor, Andrew Mills.