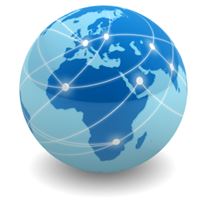 One of the most relevant outcomes of social studies education today is the teaching of “globalization.” Failure to teach this topic situates social studies with a backward glance that prepares students for the 20th century  Additionally, too often globalization in U.S. history courses is limited to an economic phenomenon or misinterpreted as a process of global ‘Americanization.’ Conversely, globalization is better taught as interconnected political, social, economic, and cultural processes and projects.

Also, globalization has a profound impact on contemporary identities, identify formation, and subsequently the formation of the “other.” The process of “othering” categorizes people from one’s own distinctiveness. Typically, the process uses qualifiers to marginalize groups as not being “authentic” and relegate collectives to inferior positions.  Recognizing this cognitive practice frees students to better engage ‘globalization’, and other concepts, like ‘modernity’ and ‘culture’, with a nuanced approach emphasizing complexity and connections over simplicity and isolation. 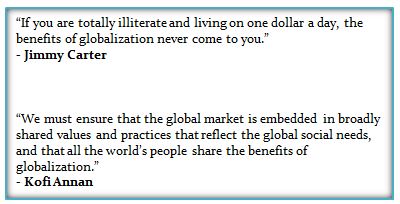