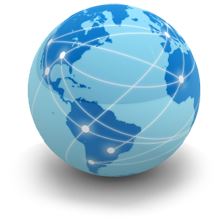 The Cold War is the name the U.S. has promoted to describe the international world order that lasted from 1945-1991.  Norwegian Cold War historian Odd Arne Westad notes in his award winning work The Global Cold War: Third World Interventions and the Making of Our Times  that “the Soviets never used the term officially before the Gorbachev error.”  Still. emerging from the destruction of World War II, two “super powers,” the USA and the Soviet Union, led two coalitions of nations in a world order based on a constructed simplified binary.  Yet, this duality was never fully exclusive.  Moreover, a third group, the Non-Aligned Movement, resisted the super power construct and vision of world order. Main countries involved included Indonesia, India, Yugoslavia, Egypt, and Ghana. However, membership expanded to nearly 100 nations during the “Cold War Era.”

The ubiquity of standardized narratives reinforces a history that is rarely, if ever, challenged. In fact, more nuanced, analytical responses on tests that challenge the dominant explanation would be penalized or marked as wrong. The demands of contemporary education, globalization, and new scholarship about the Cold War invite alternative perspectives of the Cold War Era.  Providing these opportunities for students develops critical thinking skills they will use to engage with information in a complex global world.