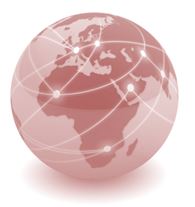 The Civil Rights Era in U.S. History courses is commonly framed as a national event; a continuation of the democratic experiment which began in the late 18th century. However, civil rights have a long time frame and broad context that extends beyond national temporal and spatial boundaries. For example, ideas regarding equality, human rights, and citizenship which impacted the experiences of U.S. citizens and the society they lived in came from sources within and without the U.S. Nation. Historian Kevin Gaines reminds us  that “worldwide news coverage of of desegregation crises in (U.S.) cities…helped forge unexpected and often tension filled alliances between movement leaders and a foreign policy establishment.”

Perspectives on the Civil Rights Era in U.S. history from non-American voices included in this module provide insights for comparative approaches to the national narrative. These global voices of the mid-20th century emphasize that ideas experience fusion and flow across nations and continents. Ultimately, resources provided in this module contextualize the Civil Rights era of the U.S. as an example of a Human Rights movement which was motivated by and drew inspiration from people, ideas, and places around the globe.